Sweet, melting, golden caramelized onions are used in regional cuisines all over the world. In Greece, they are mixed with sheep milk yogurt and tossed with pasta and grated cheese, or served atop a dish of lentils and parsley. In France, where they are called 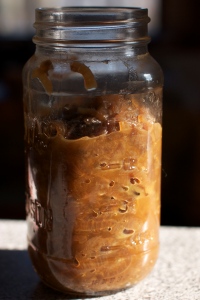 “confit d’oignon” they turn up beside grilled meat or mingled with bacon and cheese in quiche. Tuscans strew them over their regional flatbread, schiacciata, along with a little cheese and a few olives to make a light lunch.

But no matter what dish the onions wind up in, they are caramelized the same way in every nation – slowly and carefully. The transformation of sulfurous raw onions into lush onion confit is caused by the same chemical reaction that makes baked goods golden on the outside or turns cream cooked with sugar into tawny caramels. This is called the “Maillard Reaction” (named for the French scientist who first described it in 1912) and it is one of the most important processes in cooking.

The Maillard Reaction is not, in fact, caramelization, which occurs when sugars alone are exposed to high heat and turn brown. Rather, the Maillard Reaction requires both amino acids (the building blocks of proteins) and sugars, which, when exposed to gentle heat, react with one another to form hundreds of new and delicious compounds.

If the heat is too high and the cooking too fast, the by-products of the reaction turn black and bitter (think burned toast). Burned food not only tastes bad; it’s probably unhealthy. There’s some evidence that charred food may be carcinogenic.

Eight cups of thinly sliced onions will reduce down to just three luscious cups. Pop them in your refrigerator and you’ll have a base for any number of dishes.

The easiest, most sure-fire way to caramelize the onions is in a slow cooker. Turn the slow cooker to low and add the butter and olive oil. When the butter has melted, add the onions and a pinch of salt then stir to coat them in the oil and butter. Put the lid on the cooker and leave the onions to caramelize for 6 hours or longer. Putting them on just before bed and allowing them to cook overnight works well. They are done when they have turned a deep golden brown.

Otherwise, melt the butter in a large, heavy pot over medium heat. Add the olive oil and swirl, then add the onions with a pinch of salt and stir well. Reduce the heat to low and cook the onions very slowly, stirring occasionally. If you can’t watch the onions like a hawk, put a lid on the pan. The onions should not brown immediately but should slowly melt and turn a deep golden color. Without a lid, this will take 30-45 minutes. With a lid on the pan, this can take two or three hours.

When the onions have caramelized, add more salt if necessary and pepper to taste. The onions can be stored in a jar in the refrigerator for a week, or frozen for up to 3 mont